Megiddo in the Iron II period, by Danny Sarkis

These images derive from the site of Megiddo, a large administrative city in Israel’s Jezreel Valley, dating to the ninth and eighth centuries BCE. They help us understand what it meant to be an Israelite at this time. The building with a stone floor and long hall was one of many at the site that served as stables for horses. The enormous deep stone-lined hole was a silo that held grain for the animals. 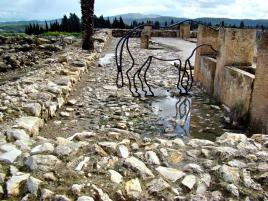 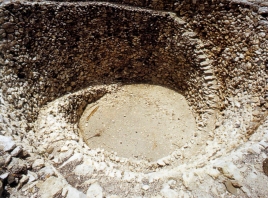 The carved block was a column capital, identical to ones found at several other Iron II sites, such as Samaria and Hazor. This demonstrates a shared architectural aesthetic, and also indicates that there must have been people with artistic abilities able to make these adornments 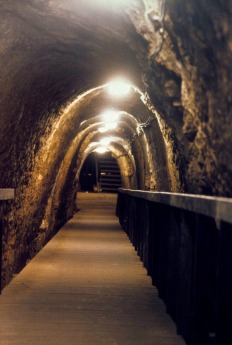 Lastly, the tunnel is part of this stratum’s massive water system, another feature found at several other sites. To make this impressive water system, there must have been architectural engineers to design and workers to physically construct this structure.

This period, known as Iron Age II, marked a shift to a more centralized state. These remains demonstrate that at this time there were different specializations: stable hands and soldiers, artisans and architects, construction workers and officials. This array of specialized workers probably led to a more complicated social hierarchy. Living within such a hierarchy is one aspect of what it meant to be an Israelite in the ninth and eighth centuries BCE.